Sweaty weather replaces sweater weather again. Summer is back and the wandering body gravitates toward water. Making the usual pilgrimages has felt out of place this season. Visiting Detroit’s fountains and pools is still appealing, but what’s happening with water in the rest of the city is appalling, and as the rest of the country also suffers, it’s put a damper on my appreciation of some of our most luxurious civic amenities.

.
A perennial favorite is the stately arrangement of fountains in front of the Detroit Institute of Arts, cooed over by babies in strollers during the day and spouting dramatically-lit mist through the night. None were operating on earlier occasions this summer when I’ve rambled by, contributing to a pervasive feeling of dryness and austerity.

The DIA’s engineering manager Cedric Alexander said that the north and south fountains went on in mid-June as they do every year, but the main fountain, in need of repairs, has not yet been filled. “We know those fountains are important to our visitors. They’re part of what happens around here in the summertime.” Alexander himself was particularly dismayed by the outage. “They’re kinda my pet,” he admitted. It should be another week or week and a half before the fountain is on again, awaiting a special order of parts, but they will be back. Why are these easy reassurances of the return of water not available to everyone?

Even the Thinker is troubled.

As more fountains in prioritized parks happily burble, and more parks feature water attractions and pools, others still remain dry. With this reinvestment in uplifting but ultimately frivolous displays, it seems all the more ironic that such ample water will be provided for some while any access to this necessity is removed from others. No matter our income or our location, we’re still all about 55-60% water.

This afternoon, over a thousand protesters fighting against months’ worth of unjustly-handled residential water shutoffs marched from Cobo to Hart Plaza, where the arid Dodge Memorial Fountain sits. Last year had a series of fits and spurts for the immense fountain, as scrappers’ efforts left the hardware too damaged to run for most of the summer, but was repaired in August. The shutoffs, which have targeted Detroiters who may only owe a few hundred dollars but who live in areas that the city would rather see vacated in accordance with long-term plans, were condemned as a potential human rights violation by the United Nations. Let’s hope today’s uprising will persuade the water department to make real amends, chasing down the few delinquent commercial accounts that owe more than half of the city’s overdue bills, and offering humane payment alternatives to those who need them so these fountains won’t have to double as bathtubs.

In summer, every outing stretches into a pilgrimage to water. A pilgrimage: any long journey, especially one undertaken as a quest or for a votive purpose, as to pay homage. In the heat, time distorts, and a perceived long journey shortens, culminating in mirage. Thoughts turn north to cabins, campsites, rivers; to cold Lake Superior and its rocky beaches. In the city, what can quench this thirst? 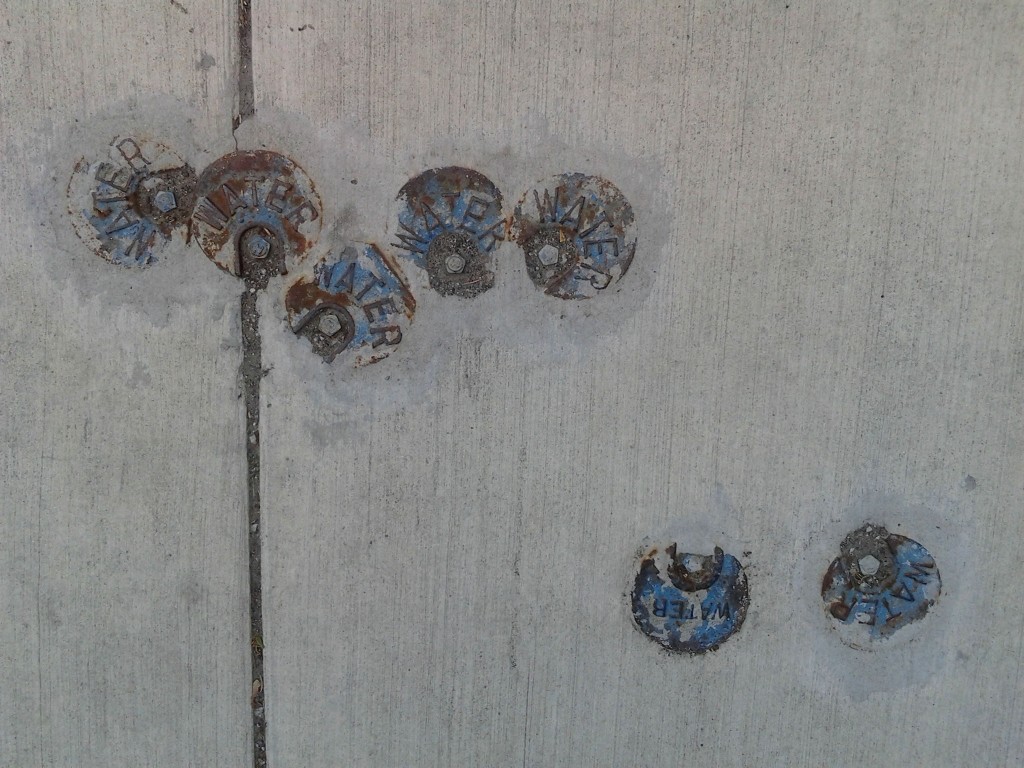 Emerging into the sticky, still air, a homing device left over from some other evolutionary phase goes off in the brain, echoing, roving insistently toward the nearest body of water. Walks have been simple — a tour of fountains, the Yamasaki Reflecting Pools, the riverfront. It’s the kind of motion that is simultaneously idle. At the Yamasaki Reflecting Pools, the comfort of water is so palpable I swear I can smell the salt breeze of the ocean. I sweat a little and go home to drink another glass of water until it’s neither half empty nor half full. 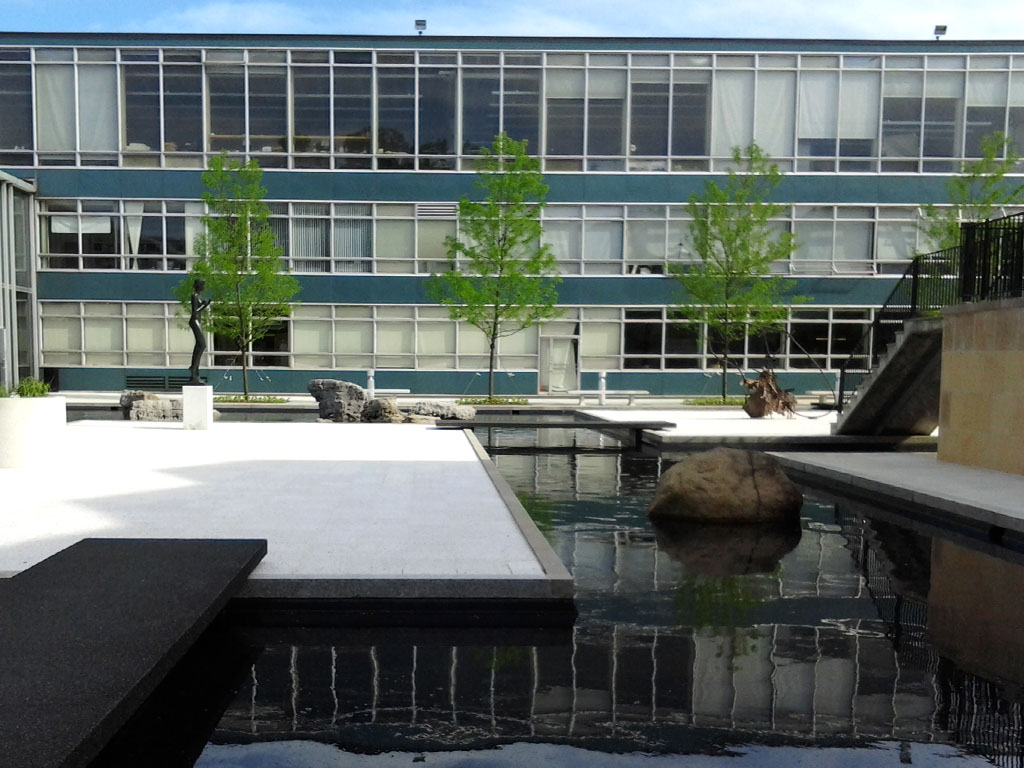